Thanks for your support

Thanks for your support

This open letter was been delivered to the Minister for Oceans & Fisheries, David Parker, along with the names of 16,552 people who signed in support. We also pasted a shorter version up on billboards around Wellington!

You can still support this kaupapa by joining the Healthy Oceans Crew. 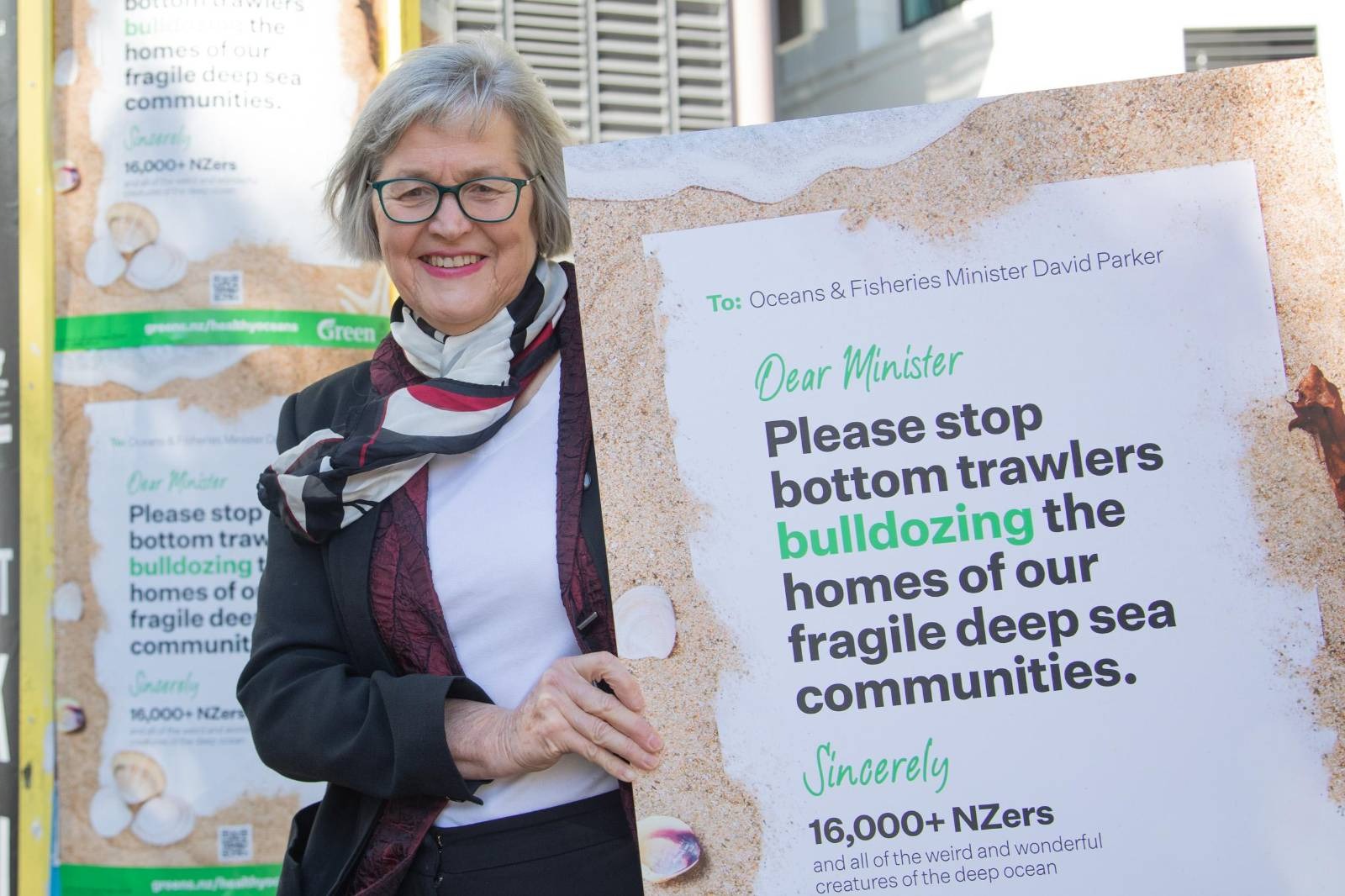 Here's a copy of the full open letter that was sent:

To: Hon David Parker
Minister for Oceans and Fisheries

With your extensive experience on environmental and climate change issues, I hope you receive this letter with deep comprehension and care for what is at stake.

As you’d be well aware, our oceans are the lifeblood of our planet. They are home to precious habitats, wildlife, and vast ecosystems that keep our blue planet stable.

Despite this, they are under threat.

Over decades, successive governments here in Aotearoa New Zealand have enabled our oceans to be exploited for short-term economic gain.

Overfishing and sediment pollution from our activities on land, and proposals for seabed mining, put the health of our precious oceans at risk.

When it comes to overfishing, we are already seeing the impacts up and down our coast.

Fisheries such as crayfish in the Hauraki Gulf have collapsed and the East Coast tarakihi fishery has been overfished and depleted.

Minister Parker, I ask that you urgently stop the dirty, destructive fishing practice of bottom trawling on seamounts. You have recognised the public concerns about the impacts of bottom trawling. Now is the time to end it.

Seamounts are biodiversity hotspots. Bottom trawling involves dragging heavy weighted nets over the seabed to catch species such as orange roughy. It destroys centuries-old communities of deep sea corals, sea sponges and other marine life. They will take centuries to recover; if they do at all. It is an indiscriminate fishing method. Urgently ending bottom trawling would signal that Government is serious about healthy fisheries and thriving oceans.

We are running out of time.

The United Nations has called for action to protect seamounts from destructive fishing practices. Chile has banned bottom trawling on 98 % of the seamounts in its jurisdiction. I ask that you prioritise a ban on destructive bottom trawling so that Aotearoa New Zealand plays its part in sustaining our oceans.